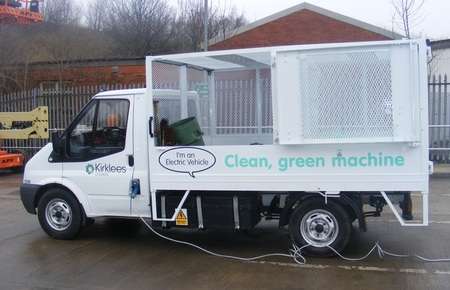 World's First Garbage Truck Fueled by Its Own Trash

Kirklees Council in Yorkshire recently put the Smith Electric truck with a 40KWh lithium-ion battery pack into service on its streets. The truck collects refuse from 25 bins around the city, then transports it to the Energy from Waster power station. There, the rubbish is burned and converted to electricity, which, in turn, is used to power the truck. The recycled trash generates enough electricity to recharge the truck’s batteries while also contributing about 10 megawatts to the power grid on a daily basis.

Reportedly, the truck can travel about 100 miles per charge at speeds up to 50 MPH, and it has zero emissions.

Besides being environmentally friendly, the truck has another major advantage - especially for those folks whose garbage is collected early in the morning: the truck is virtually silent!
1.5
Score
Popularity
Activity
Freshness
Attend Future Festival