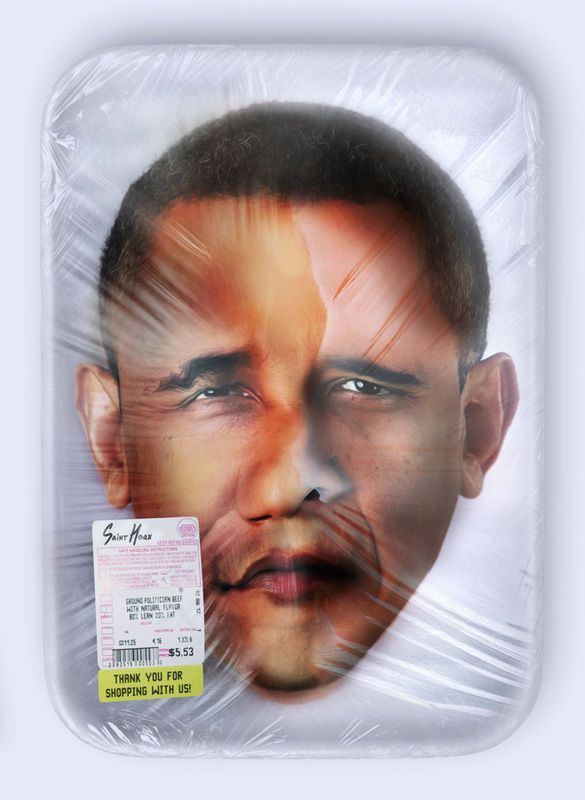 Meghan Young — January 21, 2015 — Social Good
References: sainthoax
Share on Facebook Share on Twitter Share on LinkedIn Share on Pinterest
This series of world leaders photoshopped by Saint Hoax, a Middle Eastern artist, is meant to hone in on the ethics of eating. It showcases President Barack Obama, Vladimir Putin and Kim Jong-un among others decapitated and placed in a classic meat package. Although it could be construed as keeping these politicians responsible for the rules and regulations surrounding the meat industry, there is another layer to the images of world leaders photoshopped.

Saint Hoax writes, "People carefully choose their meat in accordance to their religious values; the way they would choose a leader. If religion doesn’t apply, social morals govern that decision. Both topics continue to stir controversy and debates, dividing people into supporters, opposers and those that lie in between."
6.1
Score
Popularity
Activity
Freshness
View Innovation Webinars

Presidentially Marked Merchandise
These Random Items Have George W. Bush's Artwork on Them