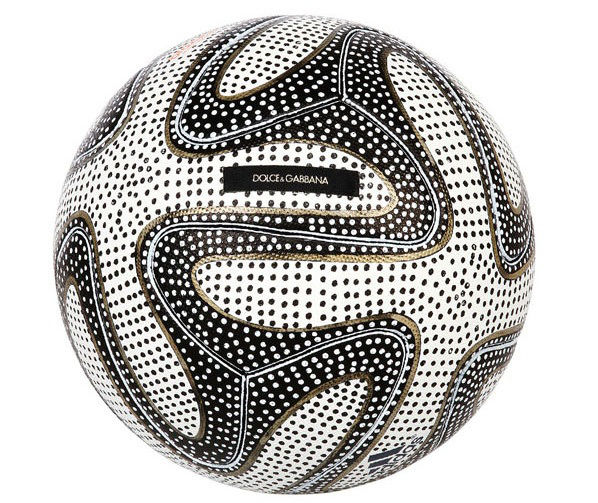 Participants involved in the project include big names like Rick Owens, Pharrell, Roberto Cavalli, Missoni, Giuseppe Zanotti, Dolce & Gabbana and Balmain. The soccer ball transformations range from opulently bejewelled soccer balls to sculptures that are a little crazy, but each is a unique showpiece that expresses the flavor of its creator for a good cause.

These unusual versions of the Adidas Brazuca balls will be auctioned off on eBay between June 16th and July 27th, with the funds raised going towards the Gol de Letra Foundation, an organization that educates Brazil's youth through writing, sports, culture and art.
6.4
Score
Popularity
Activity
Freshness
Attend Future Festival