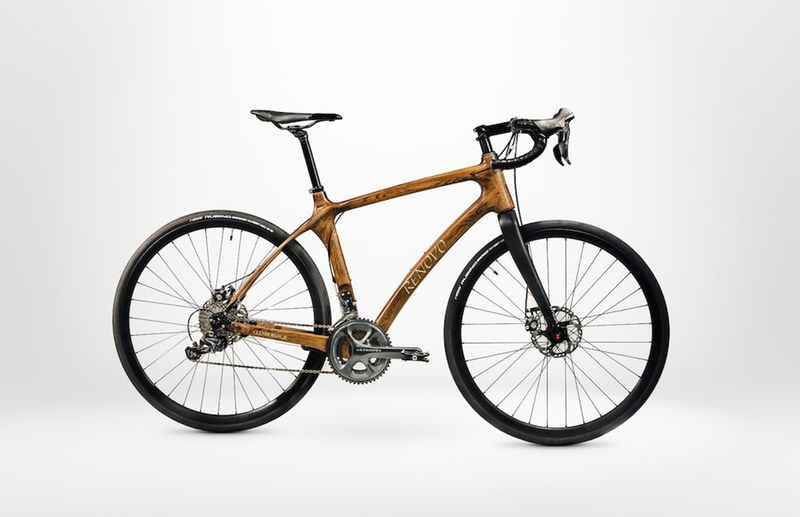 The Glenmorangie Original is Wooden Bicycle Crafted From Whisky Casks

Rahul Kalvapalle — September 14, 2017 — Art & Design
References: renovobikes & newatlas
The concept of a wooden bicycle frame is not completely unheard of, but what makes the Glenmorangie Original limited-edition bike so special is the way that its wood is sourced. Indeed keen-eyed scotch drinkers will know that Glenmorangie is a maker of high-quality single malt scotch whiskies, and the reason the bicycle has been named after the whisky brand is because its frame is made of reclaimed scotch casks.

The Glenmorangie Original bike makes use of white oak whisky barrel casks material, with each cask being used only a couple of times in the distillery before being taken apart. As a result, the casks maintain a solidity and rigidity to go with their classy appearance.

This limited-edition offering can be yours for $6,950, and appears to be part of an increasingly popular movement towards constructing wooden bicycle frames from reclaimed wood sources.
4.2
Score
Popularity
Activity
Freshness