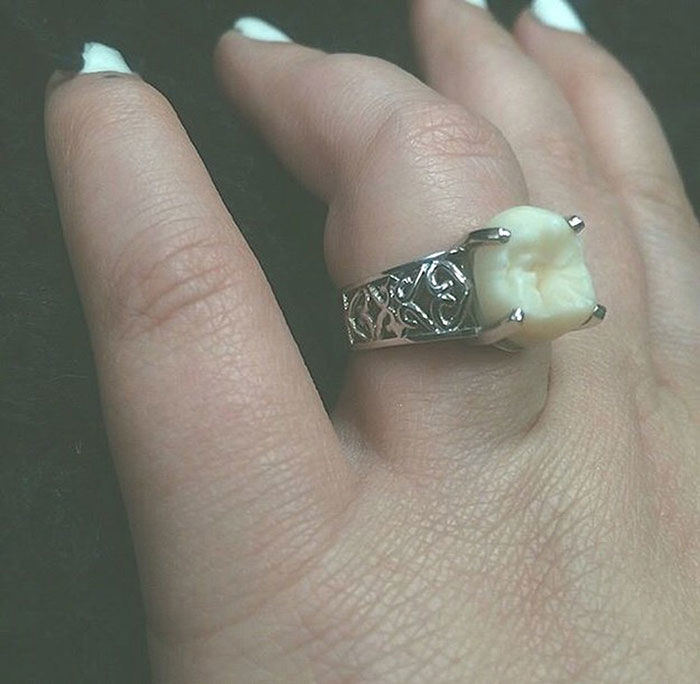 This Couple Celebrated Their Engagement in an Unconventional Way

Reportedly, Leifkes was aware that the ring's design would incorporate her future husband's surgically removed tooth, however she wasn't aware what the ring would look like until Halloween, when Unger proposed to her in front of her family. The large tooth is at the focus of the design, held in place by a Gothic silver band. The couple decided on the unconventional incorporation because they claim to have never been "traditional," so they thought the best way to seal their love would be with a symbol that's anything but.

As Lucas Unger and Carlee Leifkes' wisdom tooth ring shows, it's becoming more common for Millennial couples to celebrate their love in ways that are special to them, rather than in ways that have been deemed proper by larger society.
5.2
Score
Popularity
Activity
Freshness
Attend Future Festival