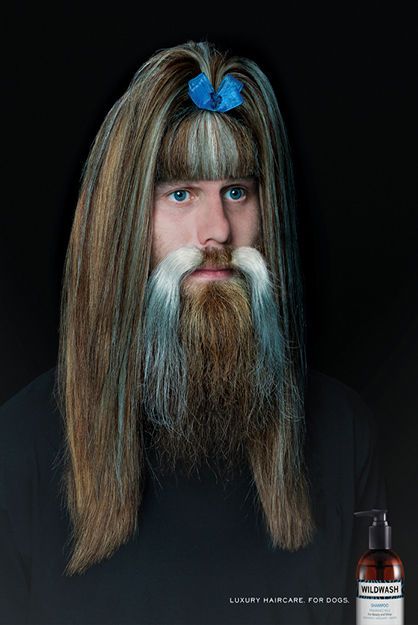 Meghan Young — November 1, 2013 — Marketing
References: wildwash & psfk
Share on Facebook Share on Twitter Share on LinkedIn Share on Pinterest
The WildWash 2013 ad campaign will have people rolling on the ground from laughter in no time. It depicts men's hairstyles as inspired by the looks of high pedigree dogs such as a Shitzu, a Poodle and an Old English Sheepdog. Considering that dogs have been at the whim of humans for a while now, most notably the Menswear Dog, it is only fair that the tables have finally been turned.

Conceived by ad agency BETC London, the WildWash 2013 ad campaign aims to show that these particular products are as good for dogs as the ones that their owners would use. Since a dog’s skin and coat requires the same amount of attention and care, this is a reassuring fact.
3.9
Score
Popularity
Activity
Freshness
Access Advisory Services