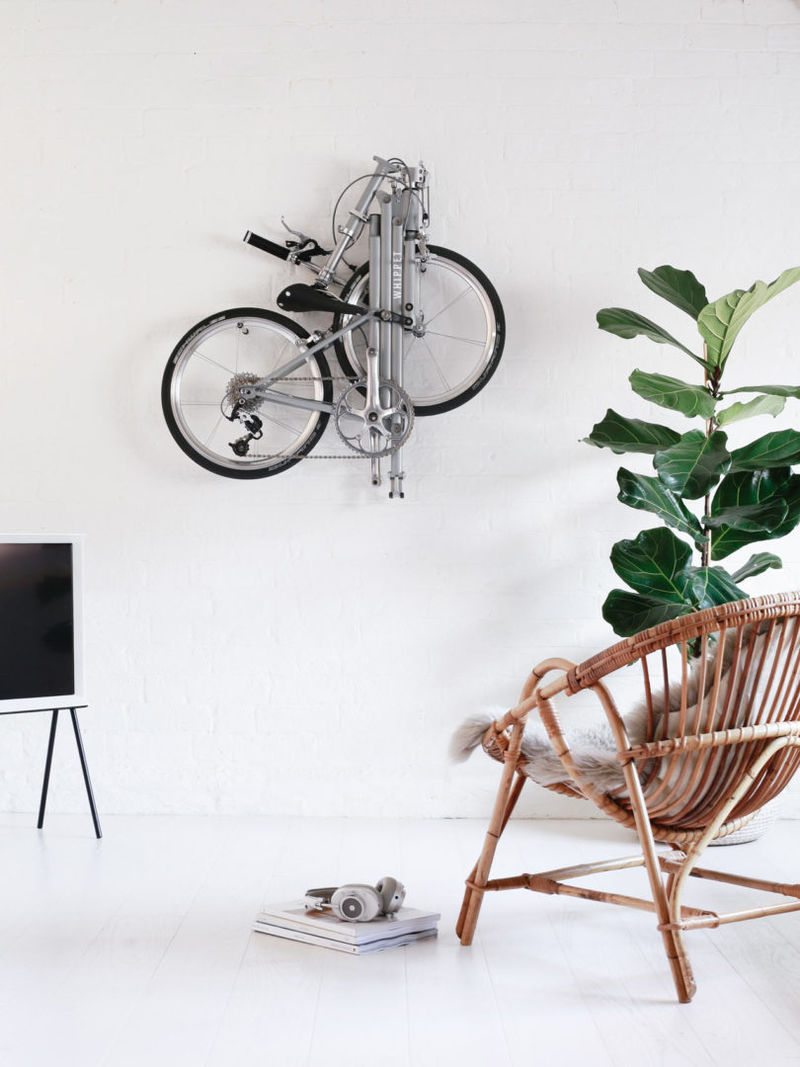 Ellen Smith — May 16, 2017 — Eco
References: design-milk
Share on Facebook Share on Twitter Share on LinkedIn Share on Pinterest
The Whippet Bicycle was designed with young and active urban dwellers in mind. Small apartments with limited storage options are a common occurrence in large cities, making it difficult for cyclists to house their bikes. The British-based bike company sought to solve this issue through the creation of a stylish and functional bike which does "the tilt, the tuck, and the tidy" without using tools, making for an easy fold.

The bike, which was designed by Graham Powell, aims to create a safe, sturdy and convenient ride, which is why the Whippet Bicycle uses the same pieces as traditional bikes, making for easy repairs. Once folded, the bike can be rolled on its rear tire, allowing tight hallways, and narrow city-streets to be navigated with ease.