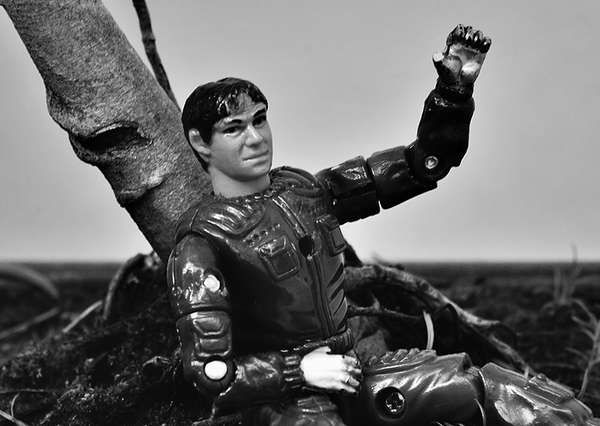 Marissa Brassfield — September 12, 2010 — Life-Stages
References: kenlawrence.eu & behance.net
Share on Facebook Share on Twitter Share on LinkedIn Share on Pinterest
In his set 'When Action Figures Retire,' photographer Ken Lawrence explores how toys play after they've hit the ripe old age in which they're no longer played with. He captures action figures climbing trees, relaxing for a cozy nap against tree trunks and waving hello to friends.

We've seen several photo sets that brilliantly capture the "other life" of superheroes and toys, and 'When Action Figures Retire' is a beautiful addition.

Implications - I find Lawrence's 'When Action Figures Retire,' series to be both hilarious and a little sad. It reminds me of the countless action figures and toys I played with when I was younger for years before casually discarding or losing. The toys themselves may not have feelings, but they are attached to memories, and each time you move on from one, it's like leaving the memory and action figure behind. Don't mind me. Enjoy 'When ACtion Figures Retire.'
4.4
Score
Popularity
Activity
Freshness
Get Trend Hunter Dashboard