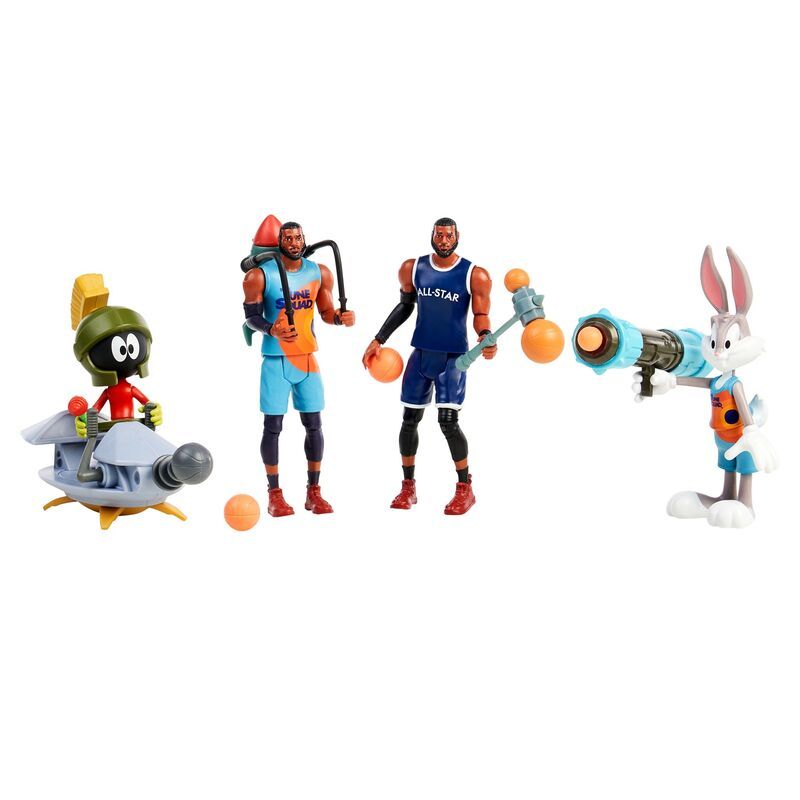 Starring LeBron James and his Tune Squad, the film follows up the 1996 classic that famously featured Michael Jordan and brings it into the modern era, with the legend and his team facing off against the Goon Squad this timer around. In line with the updated cast, Moose Toys offers a range of collectible figures that feature James, Bugs Bunny, Marvin the Martian, and more.

The toy company also launched a range of plush toys and Goo Heros for 'Space Jam' fans, allowing those of all ages to celebrate the film's long-awaited arrival.