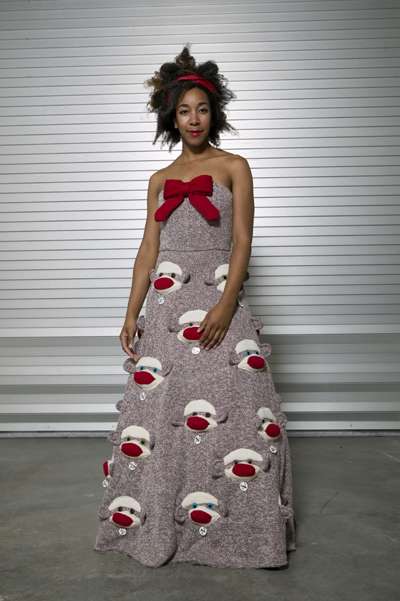 Why, You Ask? Because Apparently There is a Niche for Everything

Jacqueline Parrish — July 9, 2009 — Unique
References: boingboing.net
As if the world were not inhabited enough by the unsightly - yet somehow endearing to millions - sock monkey, the general public is being exposed to the creations of designer Rebecca Yaker. Imagine rolling into your senior prom sporting one of these knit wonders.

I would tell Paul Frank – who perhaps, is best known for his sock monkey-esque design “Julius the Monkey” -  to move over, except as he has not done anything new for several years, I guess the stage is already cleared for Ms. Yaker to carry on the legacy of the puppets.

I am fairly convinced that it is not everyone's desire to flaunt a cotton/wool knit dress with these little creature's faces plastered over their chest and crotch respectively, but, stranger things have been known to happen.
1.1
Score
Popularity
Activity
Freshness