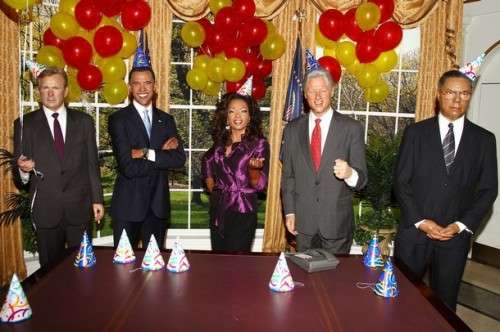 Rachel — August 6, 2009 — Pop Culture
References: madametussauds & worldfamousdesignjunkies
US President Barack Obama celebrated his 48th birthday on August 4th, and to ensure his waxed figure was having as much fun as the real Obama was, Madame Tussaud threw a wax Barack Obama birthday party.

All the American powerhouses were present at the wax Barack Obama birthday—Colin Powell, George W. Bush, Bill Clinton, and, of course, Oprah. While some of the waxed figures were clearly having fun (I want to party with Clinton), some of them looked a bit more stiff (smile a bit more, Colin).
1.5
Score
Popularity
Activity
Freshness