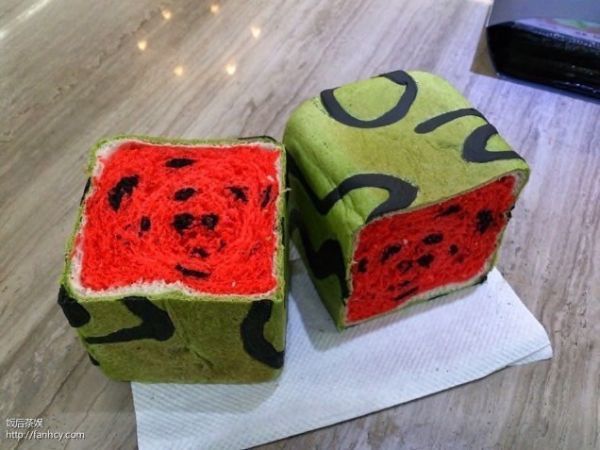 Meghan Young — June 26, 2015 — Lifestyle
References: kotaku & neatorama
Share on Facebook Share on Twitter Share on LinkedIn Share on Pinterest
Watermelon bread is becoming hugely popular in Asia. Inspired by the square watermelon found in Japan, it allows people to enjoy their toast and sandwiches in a much more unique way. Although first started at the Taiwanese establishment Jimmy’s Bakery, watermelon bread has since spread like wildfire and now people are attempting to bake their own.

As fun as watermelon bread looks, Brian Ashcraft of Kotaku writes, "The impetus, however, was apparently that kids might not have good appetites during the summer’s hot weather. But if bread was watermelon-shaped, children would want to eat it. Hell, I’m no kid, but I want to eat this." That's exactly how many other people will feel when laying their eyes on it.
4.5
Score
Popularity
Activity
Freshness
View Innovation Webinars