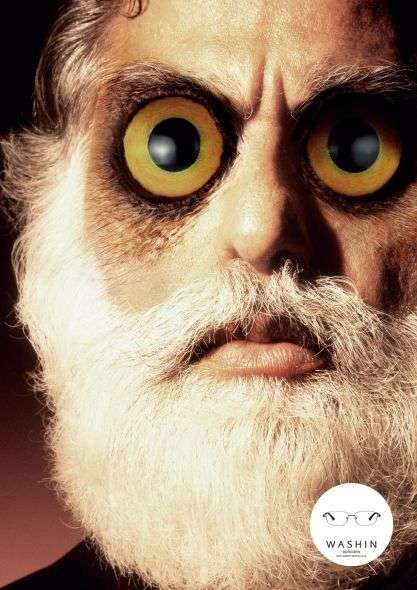 Washin Optical Campaign Shows How Precise Your Vision Can Be

This interesting campaign combines models with animalistic features, which probably required a lot of hours on Photoshop to complete. When people think of perfect vision, the first thing that comes to mind are animals, especially ones such as eagles, leopards and owls. These animals have superior sight abilities over human beings, and Washin Optical uses an element of over exaggeration to portray this quality in their lenses.

The Washin Optical campaign may feature some freaky-eyed models, but it gets straight to the point.
2.5
Score
Popularity
Activity
Freshness
Get the 2021 Trend Report FREE