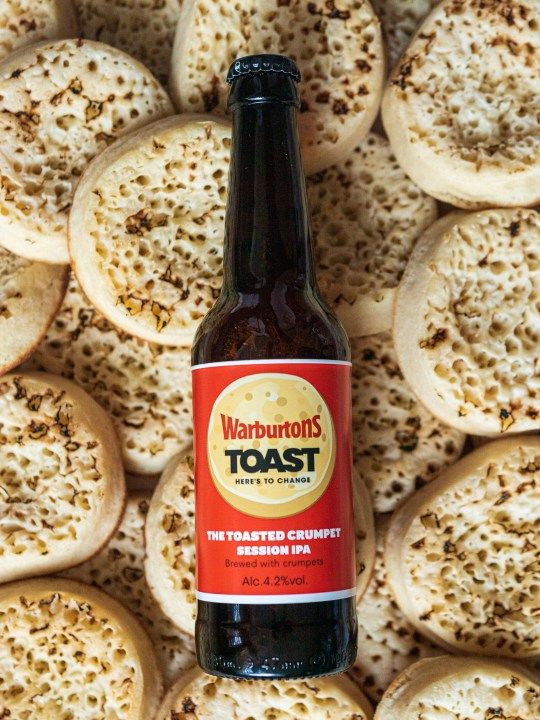 Laura McQuarrie — February 27, 2020 — Eco
References: toastale & famouscampaigns
British baking company Warburtons and Toast Ale collaborated to create the first-ever beer brewed with crumpets—the small griddle cakes traditionally made from a batter of water or milk, flour and yeast. The IPA was created to use up leftover crumpets that didn't make the cut and help reduce the company's food waste.

While Toast Ale has created a few bread-based beers before to bring awareness to the issue of food waste, this collaboration offered the unique opportunity to work with crumpets specifically. As James King, marketing and brand manager at Toast Ale, puts it: "We couldn’t be more excited to venture into the world of crumpets. As a British staple, they bring something hole-y different than our bread brewed beer, with a unique taste."