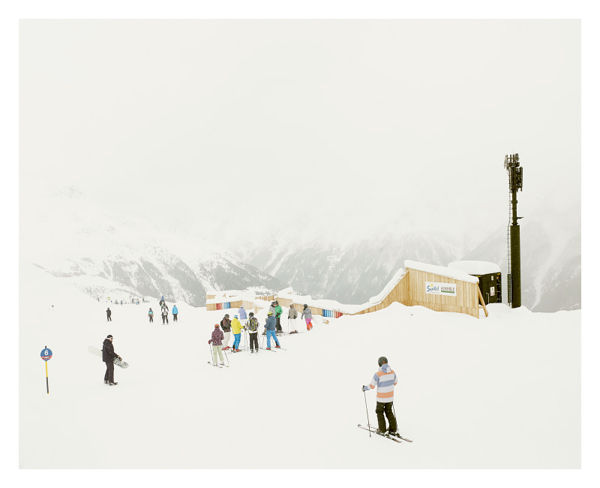 Meghan Young — February 24, 2014 — Fashion
References: akosmajor & behance.net
The photo series titled Wander by Akos Major, a photographer based in Budapest, Hungary, is a collection of his most recent photographs. From skiing to what appears to be road-tripping, the images depict quietly neutral scenes that impose a sense of peace on anyone who browses through them. It almost doesn't matter what the subject matter is. The images have a tranquil quality about them that would enchant anyone.

Wander by Akos Major does adhere to the photographer's signature style of minimalist and monotone imagery as evident in his Spiaggia and Stay series. In this case, however, there are more industrial touches thanks o the presence of an old plane, large truck and a couple of yellow tanks.
1.5
Score
Popularity
Activity
Freshness