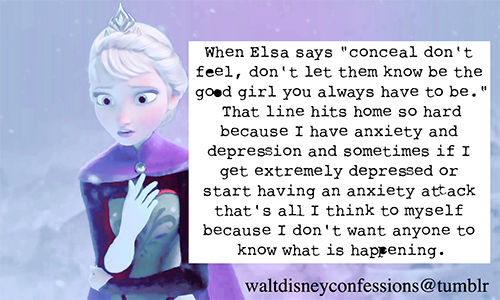 Meghan Young — June 26, 2014 — Lifestyle
References: waltdisneyconfessions.tumblr & neatorama
Before it was closed, Walt Disney Confessions was a Tumblr blog that encouraged people to send personal stories about their experiences with this franchise. From animated films to theme parks, Disney has touched many in different ways. Focusing solely on positive messages, or grievances that have a positive spin, Walt Disney Confessions shows the world just how influential and inspirational their characters and stories are.

Whether relating to Frozen's Elsa and her need to shut away from the world or Tangled's Rapunzel and being homeschooled, Walt Disney Confessions are eye-opening. Some of the issues addressed are not even intentional byproducts of the creators themselves. Their viewers, fans and consumers simply find a deeper connection themselves, which shows why Disney continues to be so revered.
3.7
Score
Popularity
Activity
Freshness