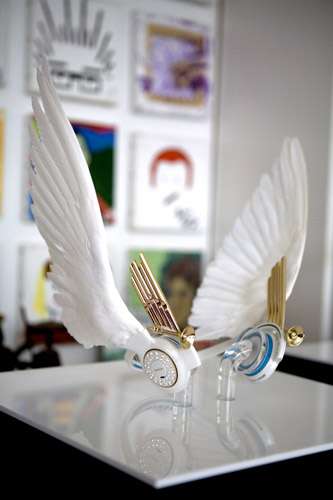 Last year, Wieden + Kennedy London launched the Nokia Music Almighty Headset Competition, which invited entrants to design a Nokia Bluetooth headset, inspired by their favourite piece of music. The winning designs have now all been made into fully functioning headsets, some of which are more wearable than others…

The contest judges were Dick Powell, Eddi Yip, Tej Chauhan and Felix Buxton (Basement Jaxx). The headsets will be on display at the Nokia Regent Street store in London in April.