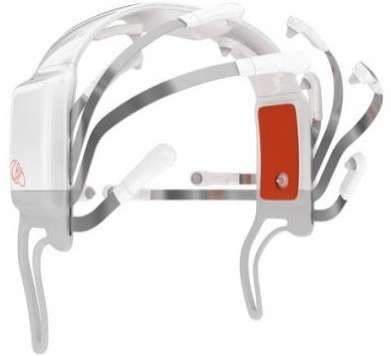 Ayman — February 20, 2008 — Tech
References: emotiv & engadget
Share on Facebook Share on Twitter Share on LinkedIn Share on Pinterest
We've seen and read about mind controllers, but come Christmas you'll be able to test it yourself. Emotiv plans to launch the first thought-controlled, consumer gaming device this Christmas for $299 with one or more bundled PC games. Emotiv EPOC Neuroheadset allows users some control over objects on a computer. It is possible to move things around, with limited application, with your mind.

The Emotiv EPOC uses a set of sensors to tune into electric signals naturally produced by the brain to detect player thoughts, feelings and expression. It connects wirelessly with all game platforms from consoles to PCs and makes it possible for games to be controlled and influenced by the player's mind.

Whether the technology is perfected and intuitive enough for take off is debatable, but after the instant success of the Wii and Guitar Hero controllers, consumers are hungry for novel designs.
2.2
Score
Popularity
Activity
Freshness
Attend Future Festival

33 Brainovations
From Jennifer Aniston in Your Brain To Brainwashing Gadgets