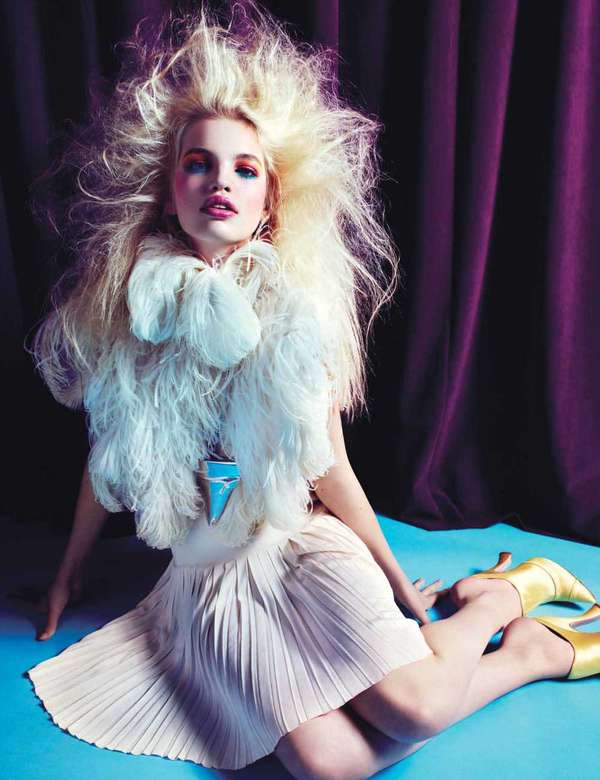 Jordy E — July 1, 2012 — Pop Culture
References: wmagazine & mode.newslicious.net
Share on Facebook Share on Twitter Share on LinkedIn Share on Pinterest
The W Magazine March 2012 Mario Sorrenti photoshoot adds yet another layer to the Italian photographer's bustling portfolio. His work with Lancome, Calvin Klein and Paco Rabanne has been instrumental to his long list of successes, and he has here produced a theatrical display with the help of models Guinevere Van Seenus, Joan Smalls, and Daphne Groeneveld.

Titled as 'The Night is Young,' this W Magazine editorial is dramatic to say the least. Lace face coverings, exaggerated headgear and white wigs are all reminiscent of costume apparel, most often seen in Shakespearean plays. The trio of women has instead showcased ways in which the ensembles can be worn off stage via the publication realm, largely the result of stylist Edward Enninful's breakthrough approach to fashion.
6.4
Score
Popularity
Activity
Freshness
Get Trend Hunter Dashboard