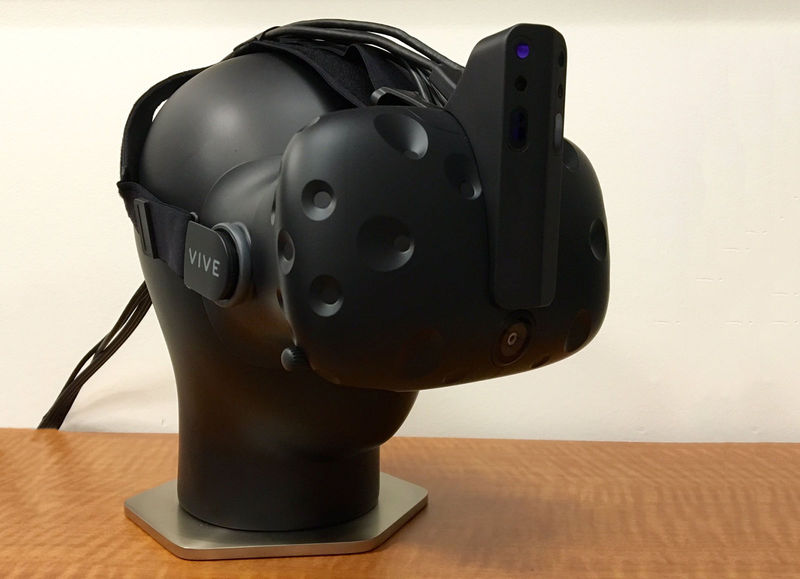 Joey Haar — August 4, 2016 — Tech
References: tomshardware & engadget
An upcoming "VR horn" posted about on Twitter by Dimitri Diakopoulos, an engineer at Intel's Perceptual Computing Lab, looks as though it could be used to solve a major problem currently plaguing VR. Though the dream of VR's proponents is to create a fully immersive virtual world, such immersion causes hazards for users who are totally checked out from the physical world in which they are actually moving around. Details remain hazy, but the VR horn teased by Diakopoulos looks like a method for sensing the environment without impeding a user's VR experience.

To be sure, current VR platforms have strategies in place to sense the outside environment. For tracking users' hands, most headsets use controllers, and only the HTC Vive has an external obstacle detecting system (which requires software setup). The new VR horn could sense both a users hands and the environment, making it a simple add-on that brings real-world safety for a more immersive VR experience.
4
Score
Popularity
Activity
Freshness