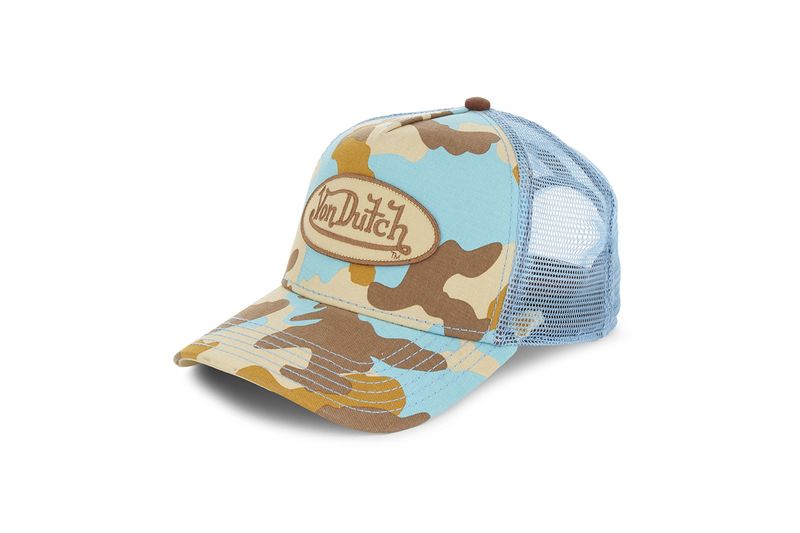 Riley von Niessen — July 4, 2017 — Fashion
References: selfridges & hypebae
Share on Facebook Share on Twitter Share on LinkedIn Share on Pinterest
Back in the early 2000s, Paris Hilton was spotted wearing a series of Von Dutch hats, which are well-known for their mesh backs, structured builds, and statement branding. Now that the style has come back in popularity, they've become more widely available.

In true Paris Hilton fashion, the new Von Dutch hats come in a variety of diva-like colorways, with varying hues of hot pink and baby blue available. In addition to these colorways, the relaunched Von Dutch hats can be picked up in old school camouflage patterns, including ones that feature pink, black and white, as well as variations that feature baby blue and brown.

Currently, the Paris Hilton Von Dutch hats can be purchased from retailers in the UK such as Selfridges, where they're reportedly available for $50 USD.
3.4
Score
Popularity
Activity
Freshness
View Innovation Webinars