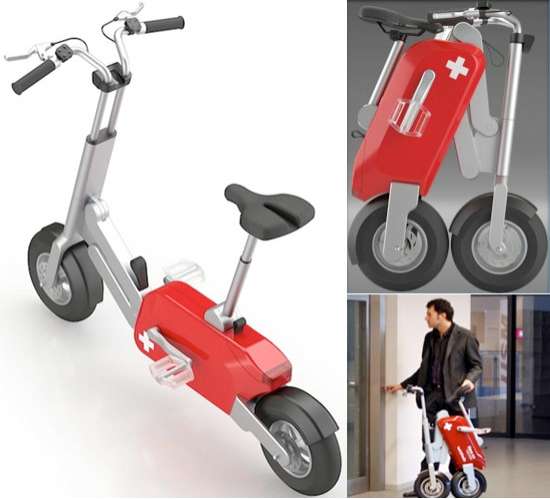 Featuring a stylish design by the Swiss company Voltitude, the Voltitude Bike boasts a four hour charge, rear-wheel drive and wide wheels to enable its users to get where they need to go safely and in short order. In fact, the bike is even road-legal, which means that owners of the diminutive machine won't have to resign themselves to sidewalks, bike paths or to doing endless loops in their driveway if they want to take it for a spin. And although no price has yet been revealed for the Voltitude Bike, it goes without saying that this handy scooter will be on quite a few wish lists when officially released.
5.5
Score
Popularity
Activity
Freshness
View Innovation Webinars

Robotic Two-Wheelers
'The Beast' is a High-Performance Electric Cycle