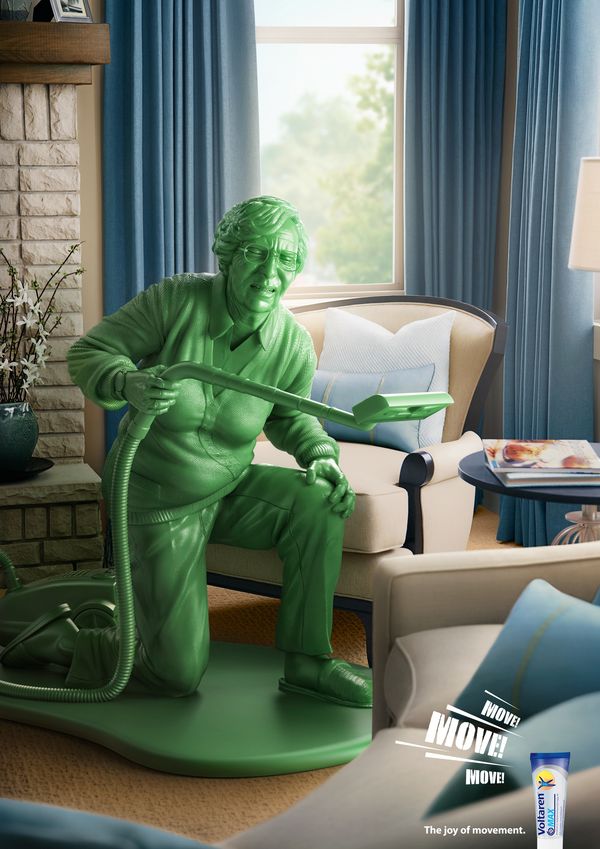 The Voltaren Max Campaign Focuses on the Joy of Movement

Meghan Young — April 11, 2014 — Marketing
References: saatchi & adeevee
The Voltaren Max ad campaign puts a new spin on arthritis by comparing the rigidity and pain most people suffering from the disorder feel to the immobility of classic plastic toy soldiers. Not only are the three models starring in the ads depicted as green, they are all fixed to the same base as the toy soldiers.

Conceived and executed by the Saatchi & Saatchi ad agency branch based in Warsaw, Poland, the Voltaren Max ad campaign was art directed by Piotr Chrobot with creative direction by Kamil Majewski. The images were illustrated and retouched by Adam Bartas, Zbynek Kysela, Martin Houra and Gravy, which were based off of the concept illustrator Michal Murawski's initial work. The Voltaren Max campaign encourages people to move.
4.2
Score
Popularity
Activity
Freshness