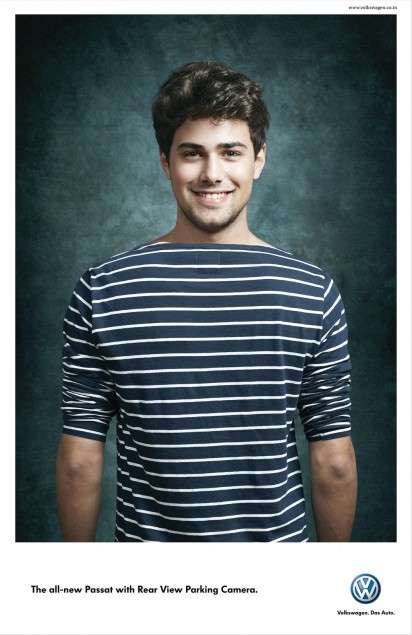 Meghan Young — November 28, 2012 — Autos
References: mudra & ibelieveinadv
The images in the Volkswagen Passat campaign can be interpreted two ways even though the tag line gives away exactly what it means. It introduces the car, stating, “The all-new Passat with Rear View Parking Camera.” Thus, the creepy owl-like movement the models display in the print ads symbolizes having eyes at the back of their heads. Nevertheless, it can also show how this car will turn heads as well.

Conceived and executed by DDB Mudra, an ad agency based in Mumbai, India, the Volkswagen Passat campaign was art directed by Sreejith Kodoth, Dhanil C Namboothiri with creative direction by Ranjit Sasidharan. As hilarious as they are eerie, the Volkswagen Passat campaign will capture people's attention immediately. The images were shot by photographer Aneev Rao with illustrations by Y. Dhaneshwar Singh.
2.8
Score
Popularity
Activity
Freshness