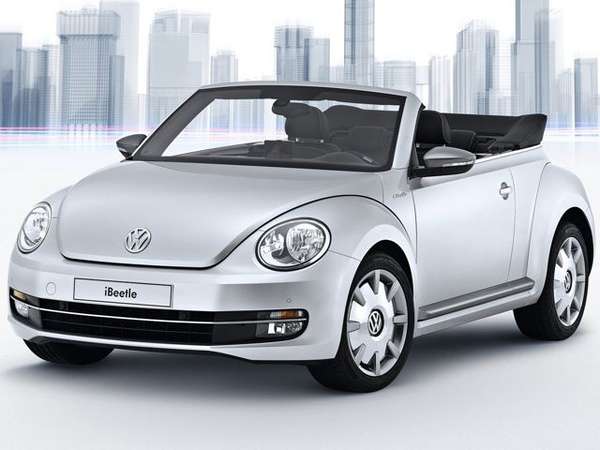 Michael Hines — April 22, 2013 — Autos
References: en.volkswagen & carbuzz
There's a good chance that many people won't believe that the Volkswagen iBeetle is a real car. That's probably because many designers have created concept cars designed to merge with Apple's smartphone. The iBeetle however, is no concept car. It is in fact very real, having made its debut at the 2013 Shanghai Motor Show.

The Volkswagen iBeetle's biggest draw is of course, its iPhone connectivity. Once docked, a slew of apps let you do everything from listen to Spotify/iTunes to tracking your time and fuel economy on certain driving routes. The interior of the iBeetle is swathed in black Vienna leather, and the exterior is highlighted by iBeetle badging and 18-inch Disc alloy wheels. No word on pricing or availability, but rest assured that the Volkswagen iBeetle will be hitting dealerships sooner rather than later.
2.6
Score
Popularity
Activity
Freshness