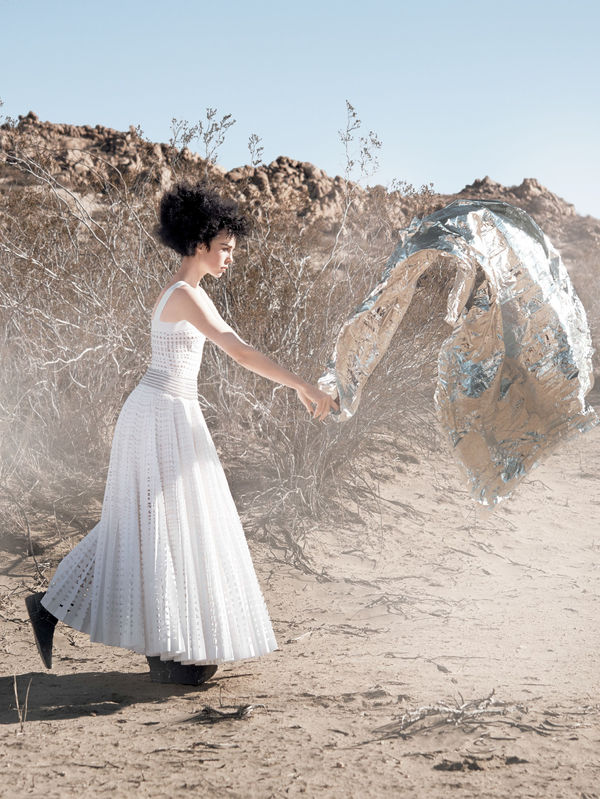 Well-known fashion photographer David Sims snaps up this rustic, yet regal style story set in the middle of the desert. Cacti, dust and even tumbleweeds are all there to make a striking contrast to the very overdresses style.

Model Edie Campbell looks as innocent as she always does in this Vogue US March 2014 pictorial. Campbell looks a little lost as she runs around, plays with a metallic silver emergency blanket, kicks up some dirt and even rides a horse. Her hair stands up off her head as it was clearly made to be very curly and a bit frizzy. In every image, she wears a long dress that looks like it should be at the Oscars red carpet instead of an outback. At least under the gowns she wears a pair of sturdy black boots.