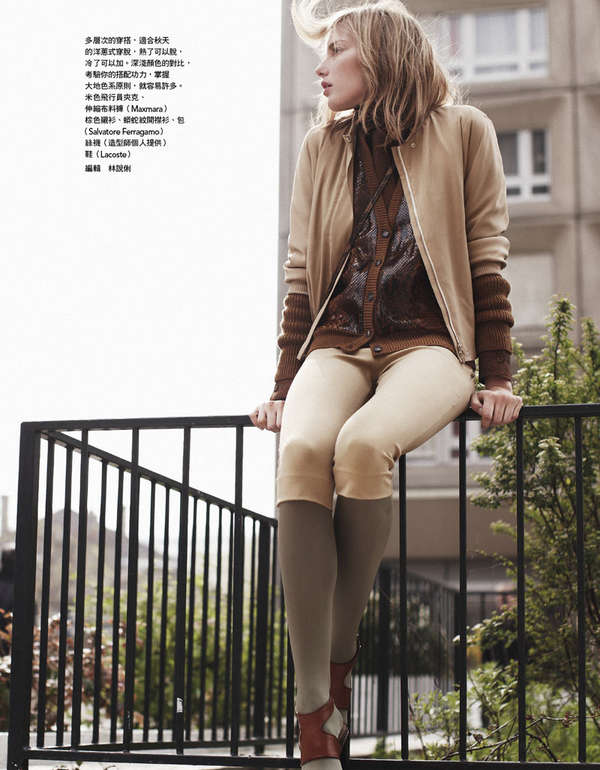 Meghan Young — September 4, 2012 — Fashion
References: vogue.tw & fashiongonerogue
Share on Facebook Share on Twitter Share on LinkedIn Share on Pinterest
The Vogue Taiwan 'Urban Story' editorial features some interesting fall fashion. Adhering to a strict palette of natural hues including browns, tans and beiges, the outfits have been almost eccentrically layered for looks that are eclectic and tame at the same time. With a menswear element thrown into the mix, the wardrobe has a lot going on.