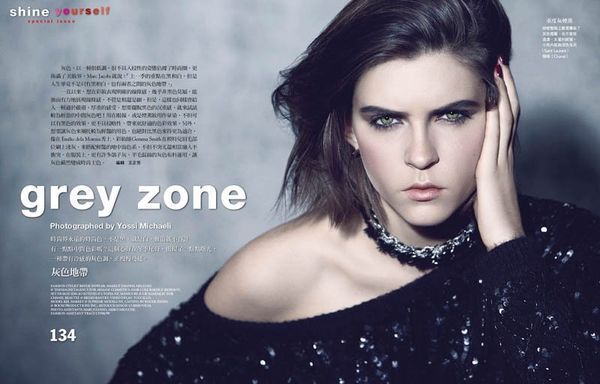 Meghan Young — January 8, 2014 — Fashion
References: vogue.tw & fashiongonerogue
Share on Facebook Share on Twitter Share on LinkedIn Share on Pinterest
Full of moodiness, the Vogue Taiwan January 2014 editorial embraces the sulkiness people feel when experiencing the dead of winter. Yet it shows that although it might not change a person's attitude, a great wardrobe can still go a long way. Of course, it will most likely improve another person's mood even more, but spreading the love is sometimes much more satisfying.