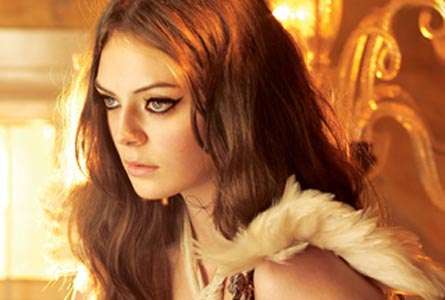 Reveley was instead relegated to an eight-page spread in the back pages â€” the bare minimum of Vogue's contractual agreement with the reality TV program.

The latest series of Australia's Next Top Model was one of its most controversial, with Reveley's bullying of fellow contestant Alamela Rowan drawing sharp disapproval from the judges. In one episode, Reveley brought Rowan to tears by water bombing her and tipping water on her head. Off screen, Rowan said the bullying was much worse, with Reveley and a couple of contestants putting condoms filled with mayonnaise in her bed and chilli in her breakfast.

The judging panel was split over who to declare a winner, leaving the program's audience left to decide the winner. Before the announcement, Reveley was given the chance to apologise for her bullying behaviour. A media fallout ensued with her win, with people aghast that she had won the coveted title due to her behaviour. Clements and Vogue have been publicly lauded for their stance on the issue.

Watch the video to get some insight into the extent of the bullying and the hardline the judging panel takes with the girls.
4
Score
Popularity
Activity
Freshness
Get the 2021 Trend Report FREE

Sleek Cylindrical Tube Fireplaces
The 'Slimfocus' Fireplace Can Be Hung, Wall-Mounted and More