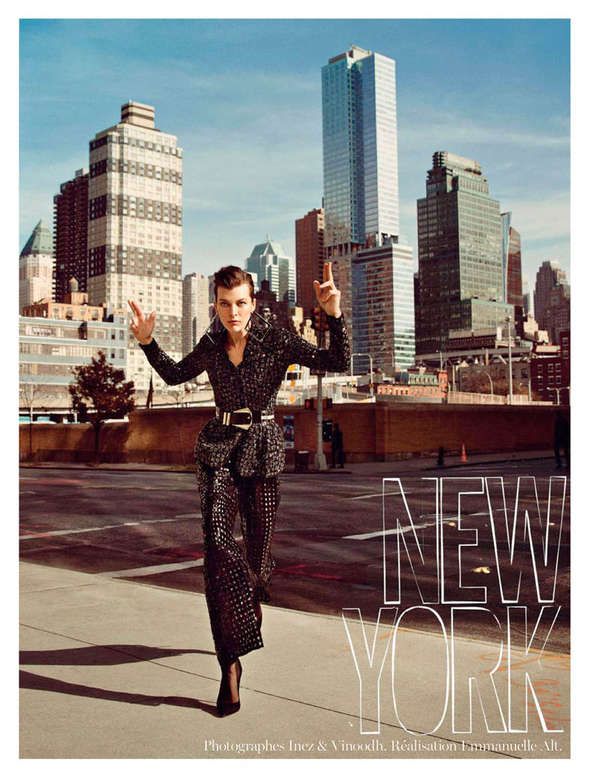 Meghan Young — January 22, 2013 — Fashion
References: vogue.fr & fashiongonerogue
Share on Facebook Share on Twitter Share on LinkedIn Share on Pinterest
Actress Milla Jovovich is known for taking on female action roles that display her fit physique and kick-ass attitude; she channels a bit of that in the Vogue Paris 'New York' editorial, but in the most unexpected way. Roaming around the city that never sleeps in glamorous gowns and high fashion, she playfully poses with fake guns, which happen to be her hands.

At once serious and childlike, the Vogue Paris 'New York' editorial is fun and refreshing. Lensed by photography duo Inez van Lamsweerde and Vinoodh Matadin, it is set to appear in the February 2013 issue. The photoshoot was styled by editor-in-chief Emmanuelle Alt, who picked pieces from the likes of Prada, Nina Ricci, Alexander McQueen and Dolce & Gabbana.
4.9
Score
Popularity
Activity
Freshness
Jeremy Gutsche Keynote Speaker