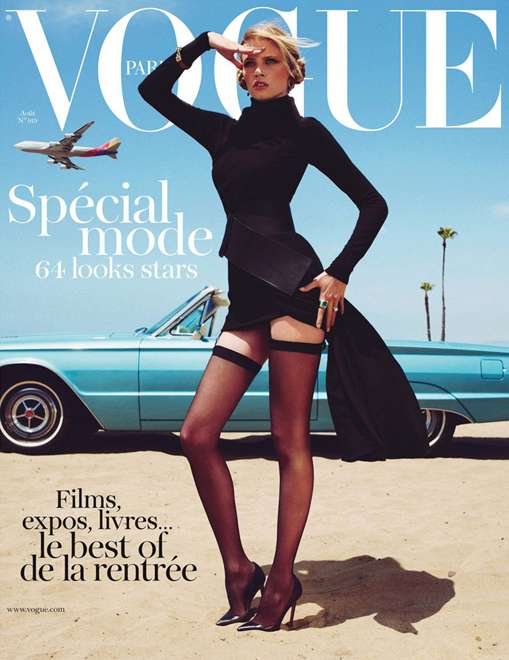 Alt has only used models on the cover of Vogue Paris since starting her stint as Editor-in-Chief, rather than following the popular trend of putting celebrities on magazine covers. Thank goodness she has, because Lara Stone is perfect on the cover of the Vogue Paris August 2011 issue.

The supermodel, face of Calvin Klein campaigns and Vogue Paris favorite was photographed by renowned photographers Inez van Lamsweerde and Vinoodh Matadin. Stone is wearing a dress from the Haider Ackermann Fall 2011 collection on the beach, standing in front of a vintage car and palm trees, with a plane in the distance.