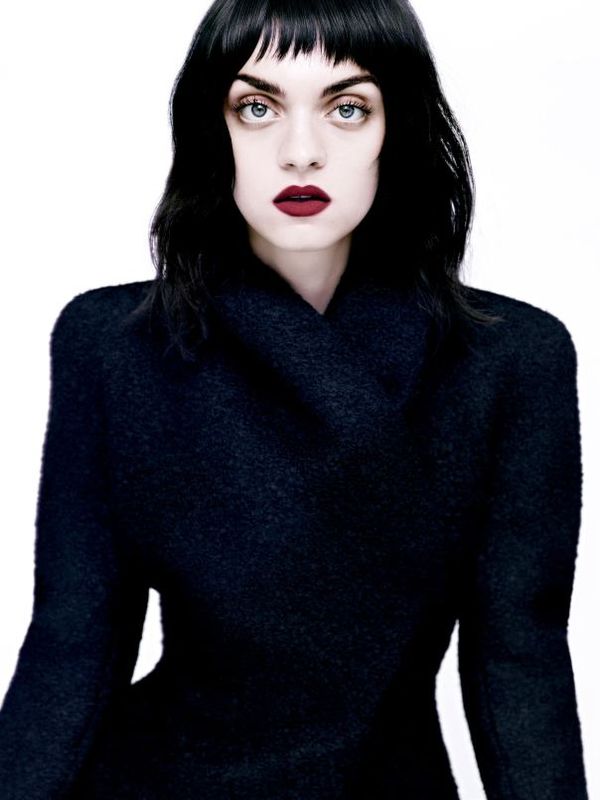 Rather than the floaty dresses associated with princesses, fashion editor Jaime Kay Waxman placed Laguinge in a wardrobe of camouflage and stripes in a wintery palette.