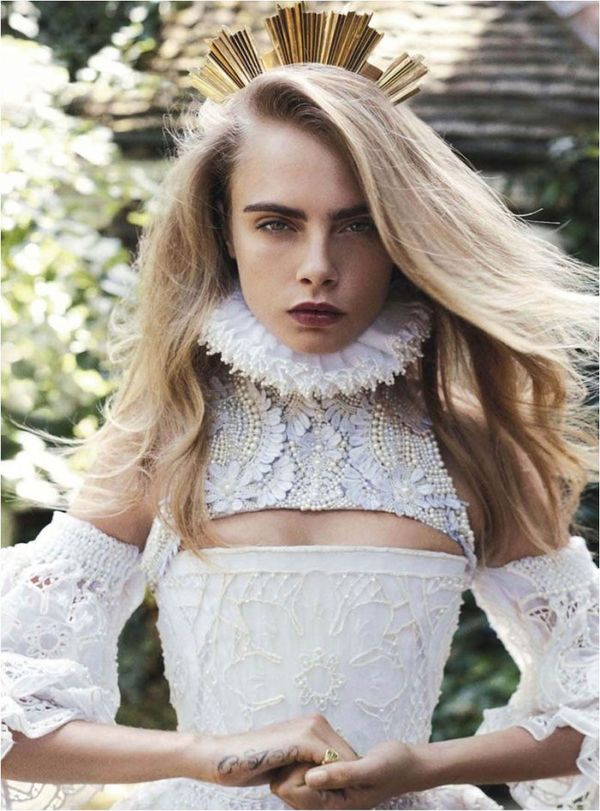 Meghan Young — September 24, 2013 — Fashion
References: vogue.au & fashiongonerogue
Share on Facebook Share on Twitter Share on LinkedIn Share on Pinterest
it is undeniable that model Cara Delevingne is on top of the world right now and the Vogue Australia 'Queen Cara' editorial captures her reign perfectly. Giving her the royal treatment, the blonde British beauty has been turned into a Victorian queen, complete with crown and everything. The cover, which was released online earlier than the editorial, only hints at the stunning looks featured within the publication.

The Vogue Australia 'Queen Cara' editorial was shot by photographer Benny Horne. The outfits, which were styled by Christine Centenera, feature pieces from the likes of Alexander McQueen, Balmain, Tom Ford and Peter Pilotto. The powerful looks were perfected by with tousled tresses by hair stylist James Rowe and a flawless face by makeup artist Sally Branka.
5.2
Score
Popularity
Activity
Freshness
Get the 2021 Trend Report FREE