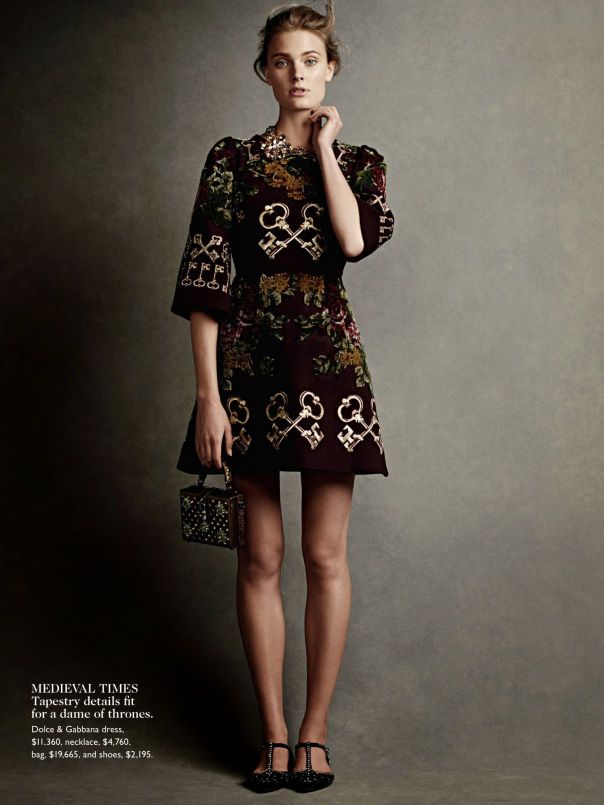 The model looks like a modern-day Grace Kelly in pastel trench coats, velvet jackets and opulent broaches. Each outfit, all of which were put together by fashion editor Lindsey Frugier, are adopted to fit a new "theme." For instance, one shot is dubbed "Medieval Times" and Jablonski wears a Dolce & Gabbana dress that features "tapestry details fit for a dame of thrones." In another shot in which Jablonski wears a gingham collar and tweed jacket, is called "Mix Master" and is described as "preppy meets pop star princess."