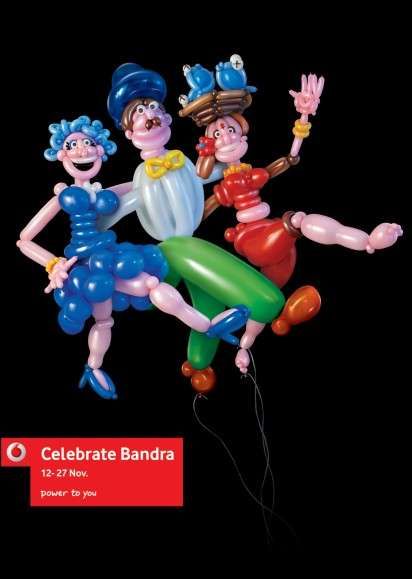 Meghan Young — March 24, 2012 — Marketing
References: ogilvy & ibelieveinadv
Share on Facebook Share on Twitter Share on LinkedIn Share on Pinterest
Balloons often signal a celebration and so, it is appropriate that they were used for the Vodafone Celebrate Bandra campaign. A festival dedicated to celebrating diversity in Bandra, a suburb in Mumbai, India, this ad campaign rings in its fifth edition this year.

The Vodafone Celebrate Bandra campaign was conceived and executed by Ogilvy & Mather, an ad agency based in Mumbai, India. The use of balloon figures embodies the playful essence often associated with such festivities. Each image informs its audience what they can expect if they attend. There is everything from theatre shows to shopping.