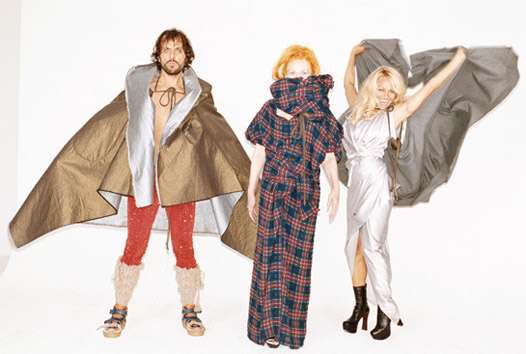 Vivienne Westwood and Pamela Anderson have teamed up again for the British designer’s Fall/Winter 2009 collection. The ads, which are goofy and more than a tad offbeat, also include Westwood’s husband, Andreas Kronthaler (who is 25 years her junior).

The whimsical trio romp among handbags in dramatic capes, coats, and tartans, but while Westwood is in the photographs, she doesn’t take part in the fun as much as her husband or Anderson. She watches in the background as Kronthaler pulls a half-naked Anderson across the floor by a piece of satin cloth in one shot and the pair attempt back-bridges in another.
2.6
Score
Popularity
Activity
Freshness
Access Advisory Services