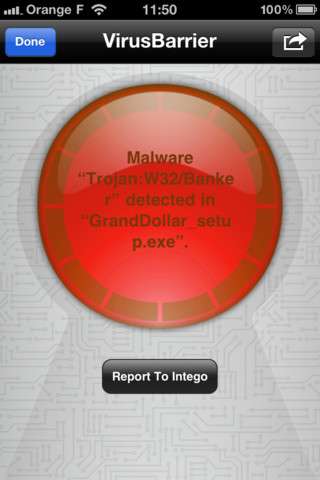 Think of the VirusBarrier as a version of an anti-malware program for the iPhone. The main difference between this and other PC protective software is that it can’t scan files automatically or run scheduled checks. How this really works is that if an email attachment is received, the user can scan it before opening it. It also has the ability to scan “iPhone, files on DropBox, MobileMe, FTP servers and more by just adding a remote location,” according to Gizmodo. In a nutshell, everything is done manually.

While the absence of the autoscan system may be a problem for some, the VirusBarrier is a useful item for those protective of their mobile -- besides, you never know what’s lurking out there.
1.1
Score
Popularity
Activity
Freshness
Attend Future Festival