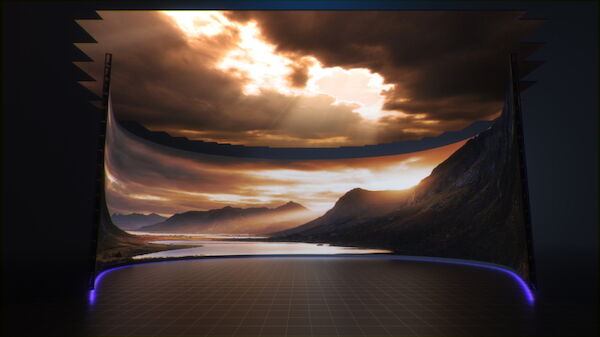 Laura McQuarrie — July 27, 2021 — Pop Culture
References: news.samsung & designtaxi
Share on Facebook Share on Twitter Share on LinkedIn Share on Pinterest
With CJ ENM (Asia’s leading entertainment and media group, known for the Oscar-winning film Parasite,) Samsung is building a virtual production studio to support the future of video content. Samsung is supplying its state-of-the-art display technology, The Wall, to CJ ENM’s virtual studio, so that the boundless LED technology can be leveraged.

The display is set to be installed in an oval shape with a diameter of 20 metres and a height of seven metres or greater so that it's possible to create a backdrop that never appears to end. The studio will employ The Wall, alongside connected cameras, to create virtual settings in real-time. This not only saves time but also helps to reduce the costs associated with shooting on location, as well as the need for image compositing.
8.7
Score
Popularity
Activity
Freshness
Attend Future Festival

Ultraportable Entertainment Tablets
The Samsung Galaxy Tab A7 Lite Has an 8.7-Inch Display