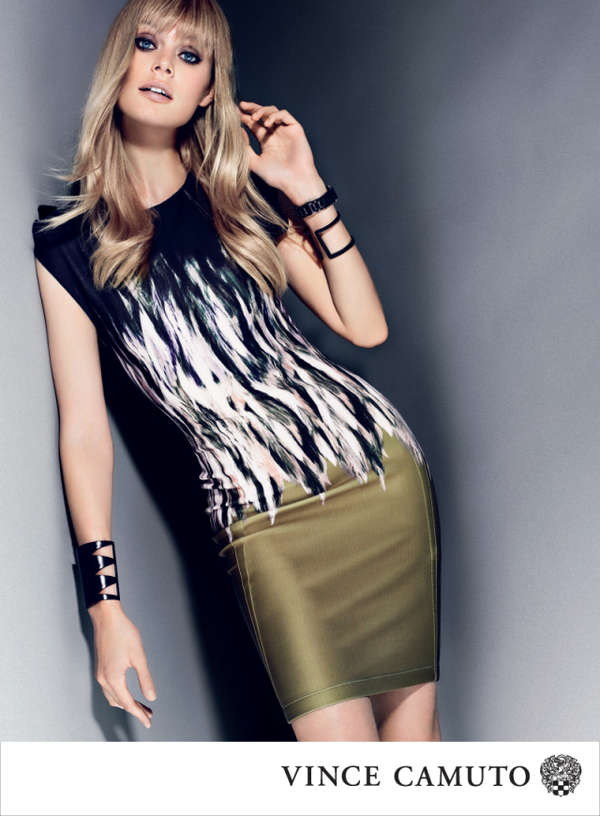 Meghan Young — August 3, 2013 — Fashion
References: vincecamuto & fashiongonerogue
Share on Facebook Share on Twitter Share on LinkedIn Share on Pinterest
The Vince Camuto Fall 2013 ad campaign goes for a dark edge, which is only appropriate considering the cooler season it is made for. Yet there is also a focus on bright lights that add a futuristic feel to both the print ads and the clothing. This is due to the grid-like floor panels from which the lighting emits from. Of course, the looks themselves are pretty streamlined and sleek.