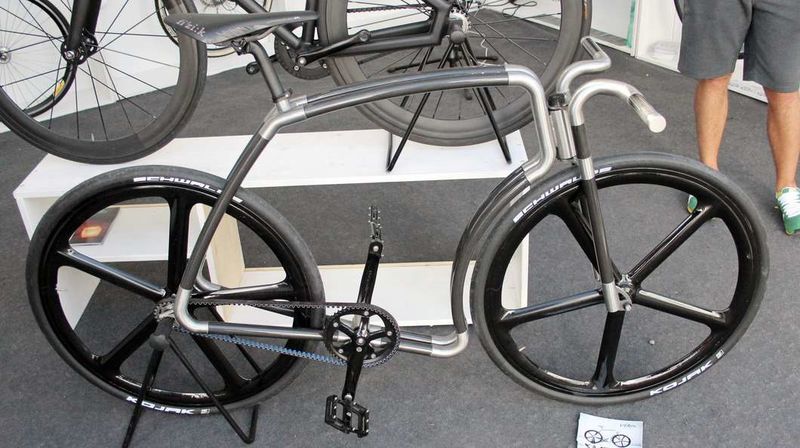 Like its predecessor, the Viks Carbon features the same frame design as its predecessor, with a pair of tubular frames joined at the head tube, seat tube and bottom bracket. While the main tubes consist of carbon-fiber, the joints and other components are made of stainless steel. Due to the liberal use of carbon fiber, this bike's frame weighs 3 kg less than the steel bike, while the bike's total weight is no more than 10 kg.