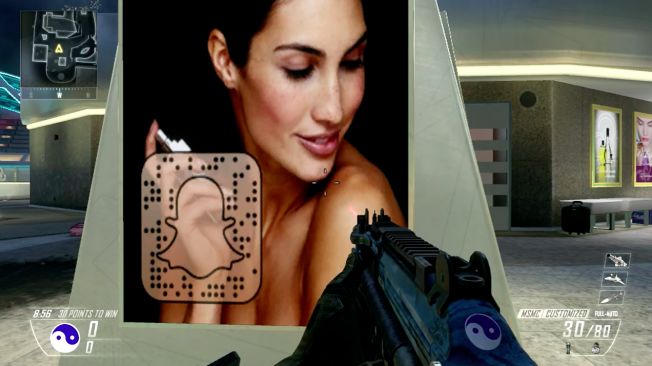 Laura McQuarrie — May 28, 2015 — Marketing
References: youtu.be & adweek
Activision's brilliant video game advertising scheme for the launch of Call of Duty: Black Ops 3 is proof that marketing doesn't have to be overt—true fans will find the thrill in the chase. Knowing that the target audience for this game is extremely tech-savvy and loves hunting for in-game Easter eggs, Activision went back into Black Ops 2 and made a software update. Since this game was released two years ago, players were quick to catch on that something new and exciting was happening. Hidden in the second game's maps, Activision dropped Snapcodes from Snapchat that revealed cryptic messages through video.

These teasers led up to the release of the new Black Ops 3 trailer, garnering a ton of interest from Snapchat's young male audience and increasing the brand's following on the social platform by more than 300,000 users.
4.6
Score
Popularity
Activity
Freshness