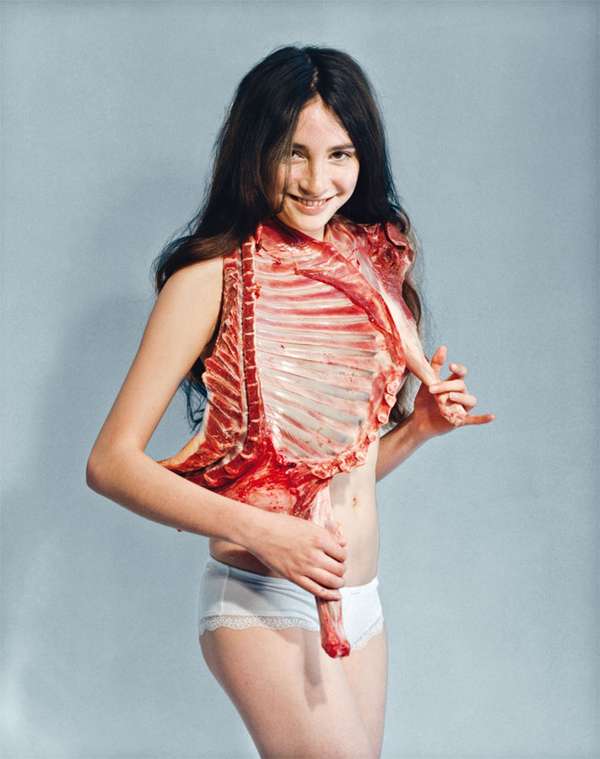 When Lady Gaga wore a meat-covered dress to the 2010 MTV Video Music Awards, public reaction was mixed. Many were stunned, some were intrigued, quite a few were disgusted, but Gaga's meat dress became a popular water-cooler topic in the pop culture zeitgeist. The Vice June 2011 issue seeks to capture the same lightning in a bottle. Tom Beard's cute models are shown wearing little to nothing other than meat. Some special images feature girls wearing just simple white underwear, or an American Apparel bodysuit, or an American Apparel shirt and Diesel underwear.

Regardless of what they are wearing, each model does a great job of conveying a casual coolness while supporting raw beef, pork and chicken in the images. Take a look at these images from the Vice June 2011 issue to get a glimpse of what Lady Gaga has inspired.
4.3
Score
Popularity
Activity
Freshness
Get Better and Faster