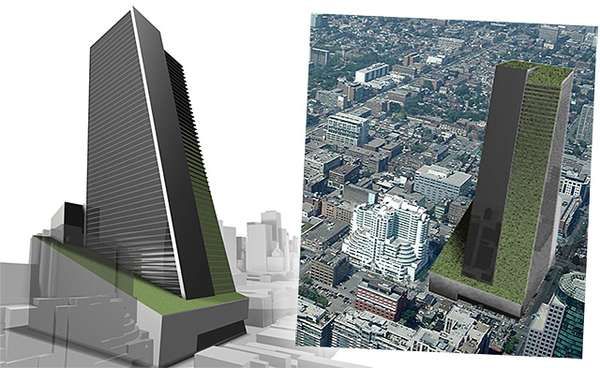 SKYFarm, is being developed by architect Gordon Graff. It will be a 58 floor skyscraper that will blend into the theatre/entertainment district and will offer 8 million square feet of growing space which will be used to feed an estimated 35,000 people each year. Year round it will be protected from disease, run off and other pollution, particularly harsh smog in the summer, and will be shielded from the biting cold Ontario winters. In addition, it will eliminate the need for bringing in produce from other countries as each area will be able to replicate the conditions of different climates.

As cool as it sounds that we might one day get all our nutrition from meal pills, growing crops will be a necessity for a long time still, possibly forever. Another cold reality is that we're running out of agricultural space, specifically in metropolitan areas.

The beauty of these vertical farms is that they can supply thousands, if not millions, of people with fresh crops vital to our bodies, regardless of time of year or weather conditions. Inside the giant skyscrapers, the climate is designed to offer ideal conditions to grow and harvest fruits and vegetables. There is no pollution, and no concern that weather, like hail or floods, could ruin a harvest.

Some places are already way ahead of the curve. Pasona 02, an underground farm in Japan, has been around since 2005.

This is the future of farming.