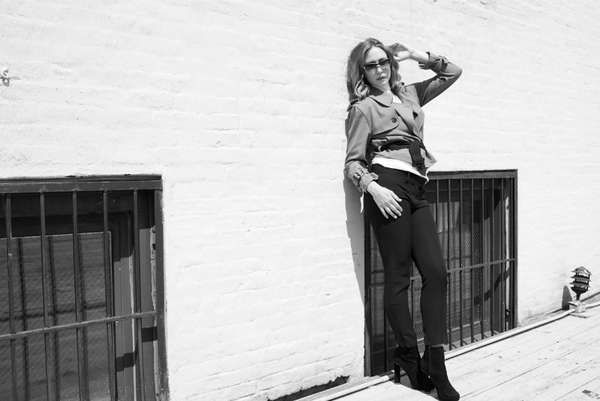 Jordan Sowunmi — August 31, 2011 — Fashion
References: blackbookmag & fashiongonerogue
Share on Facebook Share on Twitter Share on LinkedIn Share on Pinterest
The Vera Farmiga BlackBook September 2011 editorial perfectly illustrates why Farmiga is one of the hottest properties in Hollywood right now. The 38-year-old, mother of 2, is coming off a major career accomplishment -- her first movie in the director's chair, 'Higher Ground,' was released on August 26th, 2011, after playing at the Sundance Film Festival, where it garnered rave reviews.

The Vera Farmiga BlackBook September 2011 shoot was captured by respected photographer Eric Guillemain, who manages to capture Farmiga looking naturally elegant in a series of upscale outfits. Her facial expressions are mostly muted, but in a few shots you can see the same fire she displayed in Oscar nominated stunners, 'The Departed,' and 'Up in the Air.' My favorite photograph in the collection features Farmiga staring directly into the camera, her hand covering her mouth and her eyes full of melancholy, and the caption 'In God We Trust?' written beside her face. The caption is a direct reference to her film, in which she plays a religious woman disillusioned with her life and the church.