Sexism at Wimbledon?
Next
Set of
Related
Ideas 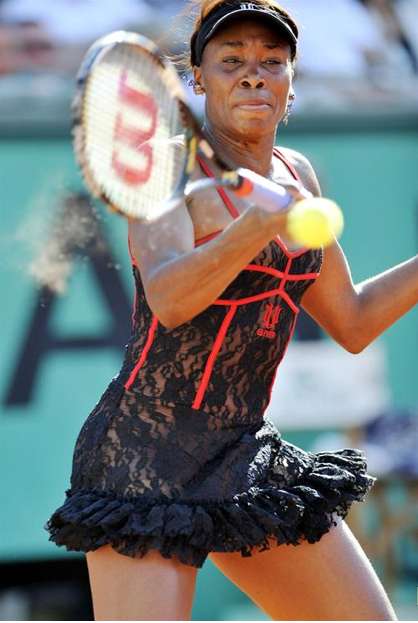 Venus Williams' French Open Lace Outfit was Quite the Shocker

Vittoria Natarelli — May 25, 2010 — Pop Culture
References: cbsnews & myfoxdc
Venus Williams’ French Open lace outfit from her own line ‘EleVen’ has been stirring up controversy in the sport world. Her dress, as Williams’ herself phrased it, was all about "the illusion."

This superstar athlete has been dropping jaws thanks to her abilities on the court for years. Recently, however, the shocked faces have been for her clothing choices. With skin-colored underwear and now this lacy number, the tennis pro is making quite a statement. But, Venus Williams’ French Open lace outfit does not change her athletic ability, and her outfit should receive less attention than her skill.
5.8
Score
Popularity
Activity
Freshness