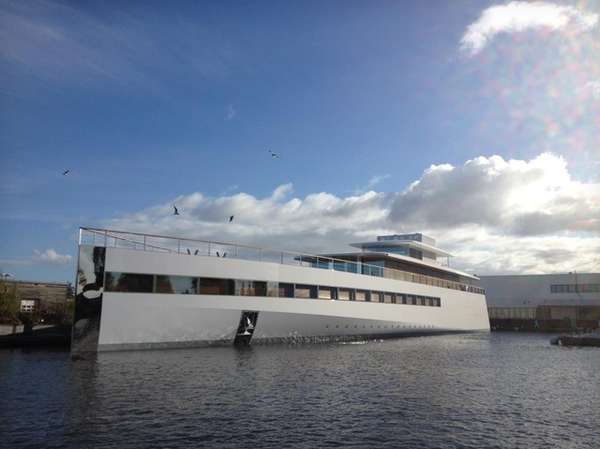 Venus by Steve Jobs is Like a Floating Apple Store

Meghan Young — October 29, 2012 — Autos
References: feadship.nl & theverge
Share on Facebook Share on Twitter Share on LinkedIn Share on Pinterest
Venus by Steve Jobs is a minimalist yacht design that was recently launched on the seas earlier this week in the Dutch city of Aalsmeer. Named after the Roman goddess of love and beauty, it is certainly a labor of love and a thing of beauty. As expected of the late tech mogul, the yacht boasts a sleek and contemporary aesthetic that goes hand-in-hand with his Apple products. In fact, it could be likened to a floating Apple store.

The finished product closely resembles the description given by Walter Isaacson in his Steve Jobs biography, "The teak decks were perfectly flat and unblemished by any accoutrements[...], the cabin windows were large panes, almost floor to ceiling, and the main living area was designed to have walls of glass that were forty feet long and ten feet high." Venus by Steve Jobs was built by Feadship.
6.2
Score
Popularity
Activity
Freshness
View Innovation Webinars