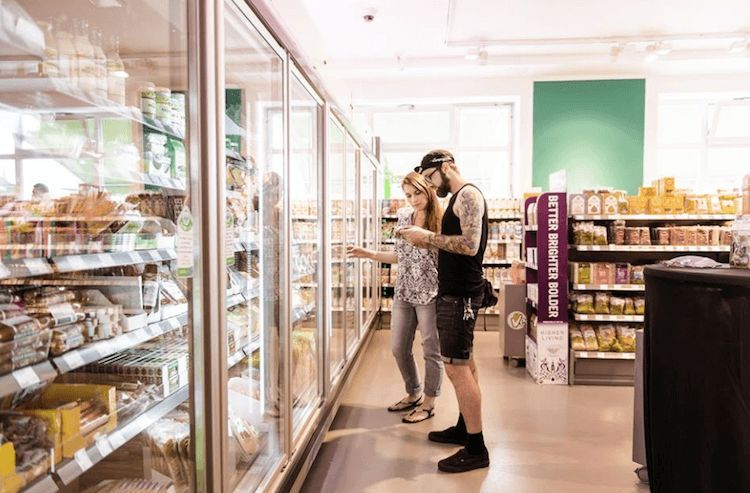 Laura McQuarrie — February 22, 2016 — Lifestyle
References: veganz.de & psfk
Share on Facebook Share on Twitter Share on LinkedIn Share on Pinterest
Portland's thriving vegan community is set to become even more vibrant with the addition of 'Veganz,' the first all-vegan supermarket in the United States. The supermarket imports products from more than 30 countries around the world, including an assortment of baked goods, imitation animal products and cosmetics.

The Veganz chain was founded in 2011 by Jan Bredack, who used to be employed as a former manager at Mercedes-Benz. As it stands, there are several Veganz locations across Europe in major cities like Berlin, Munich and Prague.

While the store has clear appeal for vegans and vegetarians, the new shop in Portland also hopes to appeal to omnivore consumers who want to expand their horizons with plant-based products.
5
Score
Popularity
Activity
Freshness
View Innovation Webinars