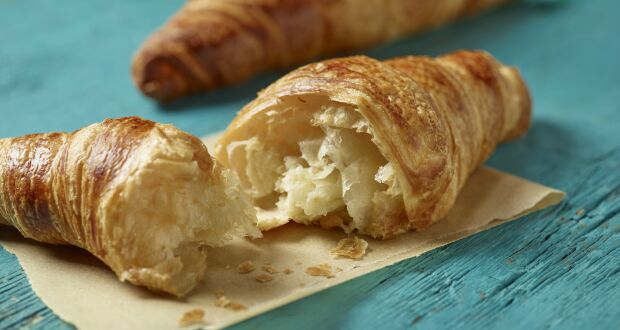 Michael Hemsworth — December 5, 2020 — Lifestyle
References: countrychoice & talkingretail
Share on Facebook Share on Twitter Share on LinkedIn Share on Pinterest
These new Country Choice vegan baked goods are being launched by the brand in anticipation of a busy Veganuary as more consumers pledge to try out a vegan diet for January after an indulgent holiday season. The product range includes the steak-less and chicken-less bakes, which each have a 175 gram portion and a price point of £1.99 each. The steak-less pasty comes in at 283 grams with a price point of £3.29, while the vegan croissant is priced at 99p with an 80 gram serving size.

Marketing Manager, Customer Insight and Category Manager Hannah Morter spoke on the new Country Choice vegan baked goods saying, "Demand for vegan products continues to grow, with a four-fold increase in the number of vegans in the past five years. Kantar estimates that one million people took part in Veganuary in 2020, with another 10 million trying a vegan product during January, and we expect the numbers for 2021 to be even bigger. With our new vegan product range retailers can respond with a comprehensive offer that can be scaled to suit increased consumer demand.”
2.1
Score
Popularity
Activity
Freshness
View Innovation Webinars