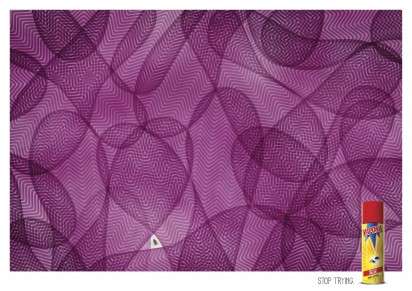 The Vapona Stop Trying Campaign is Abstract and Artistic

Meghan Young — June 1, 2012 — Marketing
References: herezie & ibelieveinadv
Share on Facebook Share on Twitter Share on LinkedIn Share on Pinterest
The Vapona Stop Trying campaign may look like an abstract, x-ray-inspired art series, but it is simply illustrating the effort many people put into trying to rid themselves of that one fly that managed to whiz through the open door or window. From multiple stomps and swats, it is often a losing battle when it comes to killing off that fast little bugger. But the war is not lost, as the Vapona Stop Trying campaign shows.