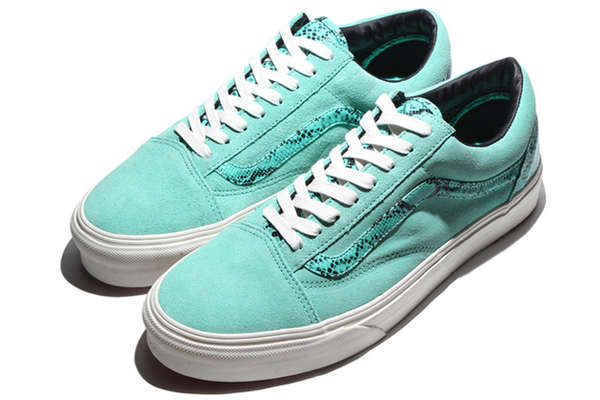 Ariel Weber — January 10, 2013 — Fashion
References: solecollector & highsnobiety
According to the Chinese zodiac calendar, 2013 represents the year of the snake, which is why the Vans Old Skool Pack commemorates this time with the release of its 'Year of the Snake' sneakers.

The shoes, which are in the same classic style as the other Old Skool editions, are given a bit of a revamp with the distinct snake-print side stripe. There are five fabulous colors to choose from; the most notable ones being mint green and mustard yellow. Though Vans are typically known to be worn for casual occasions, the extra addition of the snake print give it a more updated and elegant finish.

The Vans Old Skool Pack would be especially great for those born in the year of the snake.